The Greek Coast Guard “drowned” the Asylum seekers in Farmakonisi

Following the tragic incident near Farkakonisi island on Sunday 20 January, which cost the lives of 11 Afghan 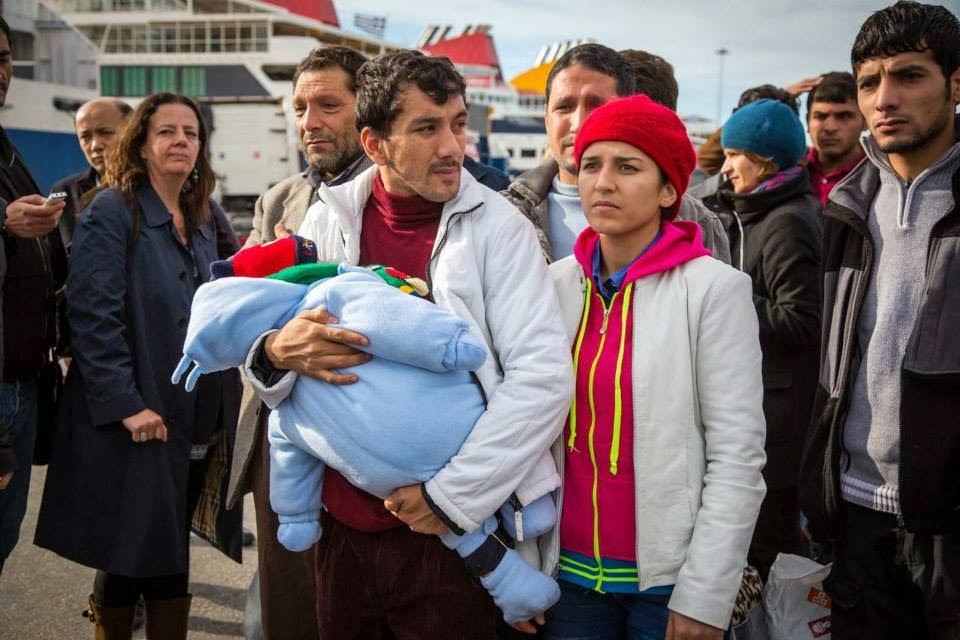 refugees, the 15 survivors arrived in the port of Pireaus on the morning of Thursday 23 January, whereupon they were received by a number of organizations that showed their solidarity to the survivors, including the UNHCR, the Greek Forum for Refugees and other networks and organizations that support immigrants and refugees. There was wide media coverage. One of the survivors, testified that there were 28 people on board the ship. Upon finding themselves approximately 100 meters from the shore of the Farmakonisi island, they were warned by a Greek coastal guard boat not to approach the island. The coastal guard then tied the boat with their own, and started to drag it back towards the Turkish coast, at great speed.  Suddenly the part of the ship to which the Greek coastal guard’s ship was
tied, broke off from the ship carrying the refugees, causing great damage to the boat and thus allowing water to flood the boat. The boat was old and frail, and began sinking. The Greek coastal guard boat then turned back, but the refugees attempted to board the Greek coastal guard ship in order to save themselves. The coastal guard beat them in order to keep them out of their ship, forcing them to remain inside their own sinking vessel. Only 16 of those persons managed to board the coastal guard’s boat. One of the survivors, from Syria, tried saving a lady by extending him a stick from the safety of the coastal guard boat, but was brutally prevented by a member of the coastal guard, who beat the man assisting the lady, thus resulting in the drowning of the her. The same witness claims that no attempt whatsoever was made by the coastal guard to save the drowning individuals. The testimonies of all the survivors describe the same sequence of events. Two of the bodies (one woman and one small child) were discovered on the Turkish coast. Of the other persons who died in the incident, two were women and seven were small children.

The survivors were received by the above-mentioned groups in Pireaus, and were admitted at the offices of the Greek Council for Refugees in order to receive social, legal and psychological support. They are temporarily being housed in a hotel until they are granted a place in a shelter.

Over the past year in particular, the Greek Forum for Refugees has been receiving complaints and testimonies concerning pushbacks toward Turkey and violent abuse by the Greek coastal guard in the Aegean and border guards on land, near the Evros river.

Refugees and Asylum Seekers, a documentary by ECRE and Greek Forum of Refugees