Reports from press conference by survivors of Farmakonisi 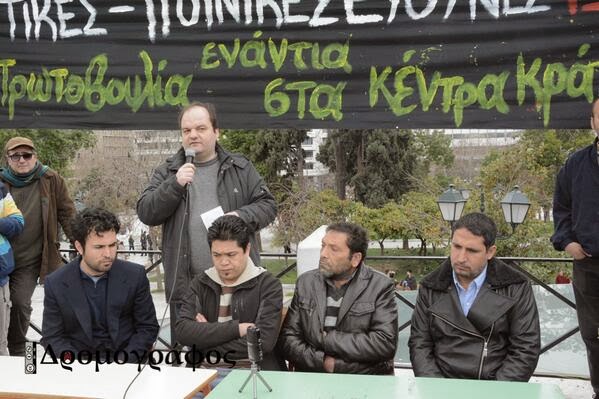 ­On 25 January, during the press conference held by organizations and movements for human rights,
thousands of people including refugees and migrant communities, women - children and various reporters participated and listened carefully to speakers who were among the survivors of the incident on 20 January in Farmakonisi.

Mr. Safi Ehsanullah, one the survivors who has lost his wife and 4 children, said: 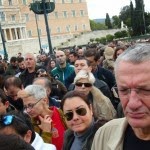 “There were 26 of us, 23 Afghans and three Syrians in a boat that sailed from Turkey at approximately 10:00 or 10:30 at night. After almost 2 hours we were close to the Greek shore when the engine of our boat got out of order. We were not so far and if there was no help, we planned to make a human chain from the boat to the shore in order to reach the land. Suddenly the Greek coast guard appeared and from the first moment they started shouting on us not to move and talk. We were glad, as we thought that they would save us. Two of them got inside our boat and tied our boat to their own. But unexpectedly they turned back and were pulling us back to Turkey with zigzag and very high speed. Suddenly the part of the ship to which the Greek coastal guard’s ship was tied, broke off from the ship carrying the refugees, causing great damage to the boat and thus allowing water to flood the boat. The boat was old and frail, and began to sink. The guard gave the order to tie the boat again and to start pulling again, but the boat was full of water so they cut the robe and tried to escape. Refugees’ belongings, bags, etc. stuck to the coast boat engine and it started to
emit smoke and there was a panic among the coast guard. They tried to extinguish the fire and it was by chance that the refugees who were still on the water could hang to coast guard ship but the guards preventing refugees to get in their boat kicking and shouting on them.  One of survivors from Syria, tried saving a woman by extending her a stick from the safety of the coastal guard boat, but was brutally prevented by a member of the coastal guard, who beat the man assisting the woman”.

Answering the reporters’ question, “why did they signed at the port a document saying that the coastal guard saved them and why they didn’t complained and didn’t report this at Leros Island?
-Safi said: “first there was no translator in our language. There was one from Pakistan that just three of us could understand a little bit. The translator couldn’t read and they wrote what they wanted and they asked us to sign without reading or understanding it. We thought that we were signing for clothes that we received upon arrival. We never signed anything like what we are hearing now from the media”.
There were interventions from representatives of organizations and movements expressing their solidarity with the survivors, migrants, refugees and asylum seekers. They condemned the Greek and European policy at the border not saving the lives of migrants and refugees. 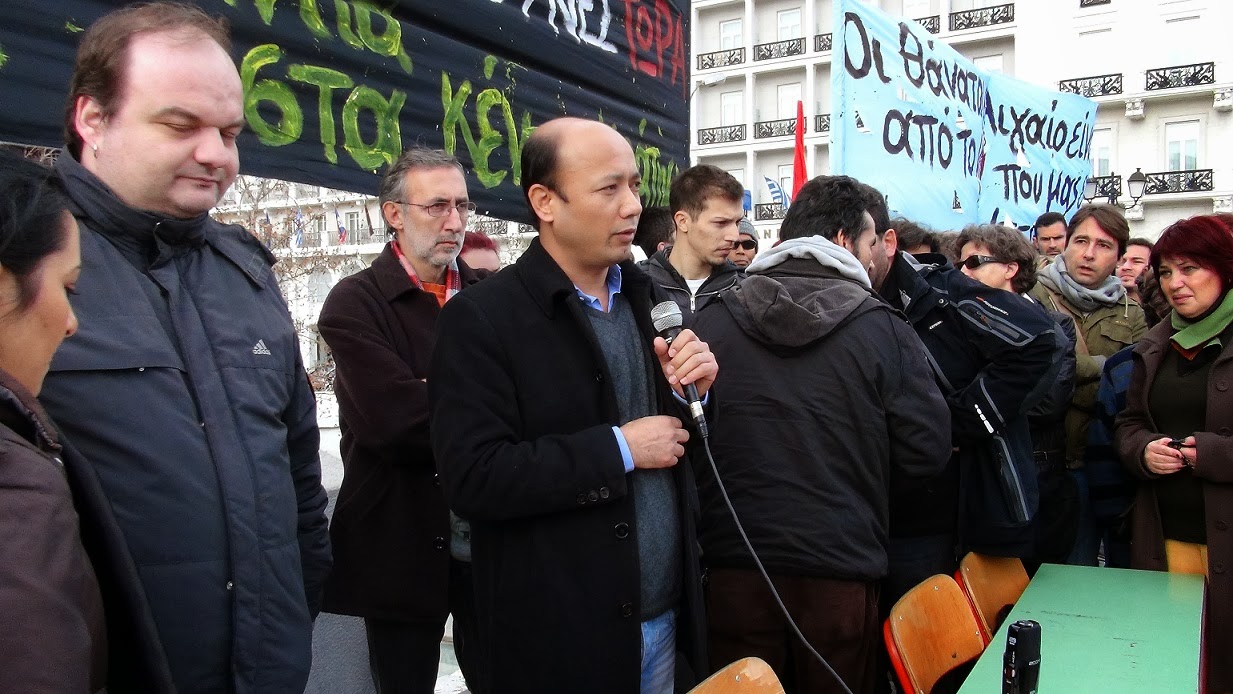 
“This incident is not individual. Just last year tens of victims have been registered officially, but we know there are many victims never recorded. We have very usual complaints of push backs and violence at sea or land borders. There has never been an answer to or investigation of these serious complaints, although Greece has been convicted many times by the European court of Human Rights concerning the rights of migrants and refugees crossing Greek borders. We have many cases in which the boats of migrants and asylum seekers have been pushed back close to Turkish shore and have been destroyed in the water, putting in danger the life of people on board. We have many complaints of humiliation and tortures of asylum seekers crossing borders.
First it is imperative for us to grant the wish of the survivors, which is that their relatives, trapped inside the hull of the ship, be brought to land. Second we ask the EU and the Greek authorities to investigate this case seriously and take serious decisions to prevent more victims in Aegean”.
The press conference was followed by a large protest march to the Omonia police station. This was in protest at the fact that, since 24 January the survivors, who are accommodated in a hostel, have been arrested three times and brought to this police station.
Related links:
The Greek Coast Guard “drowned” the Asylum seekers in Farmakonisi 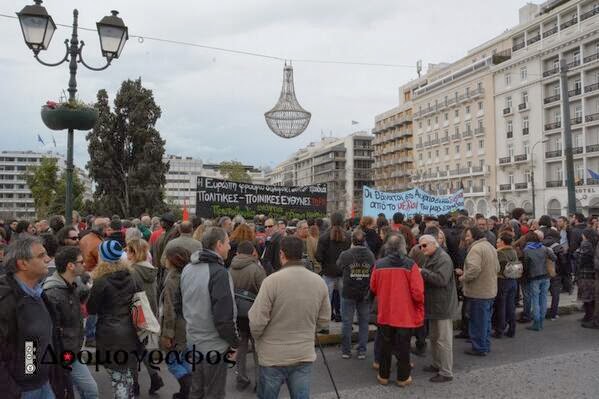 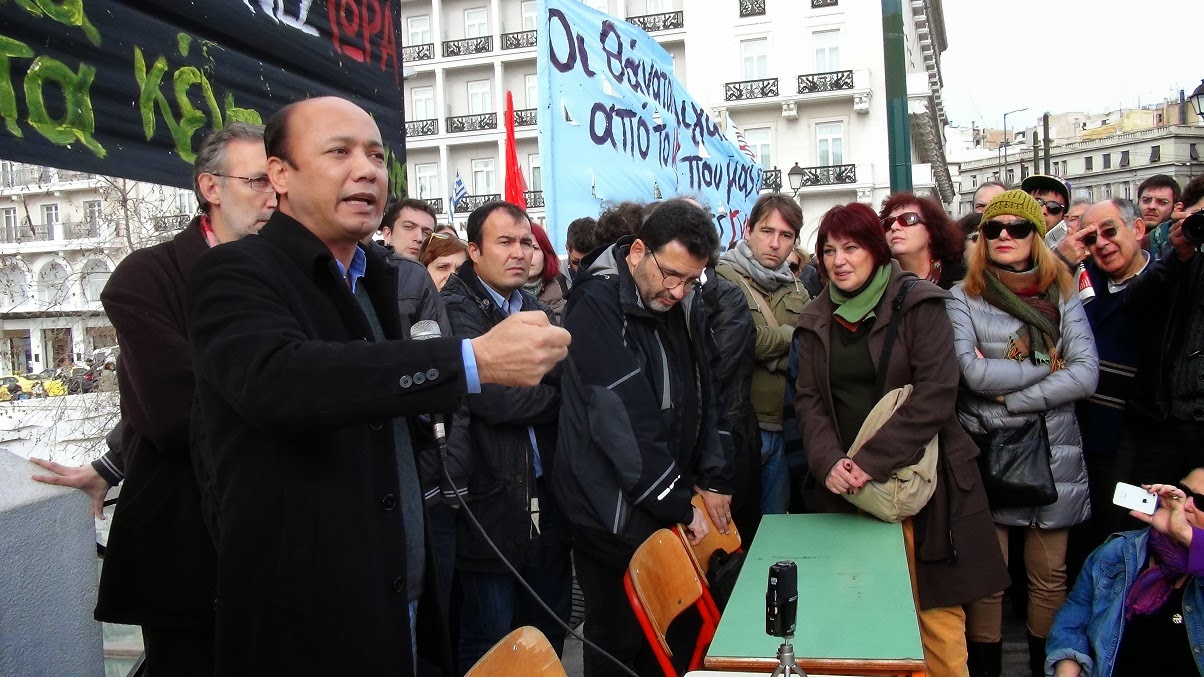 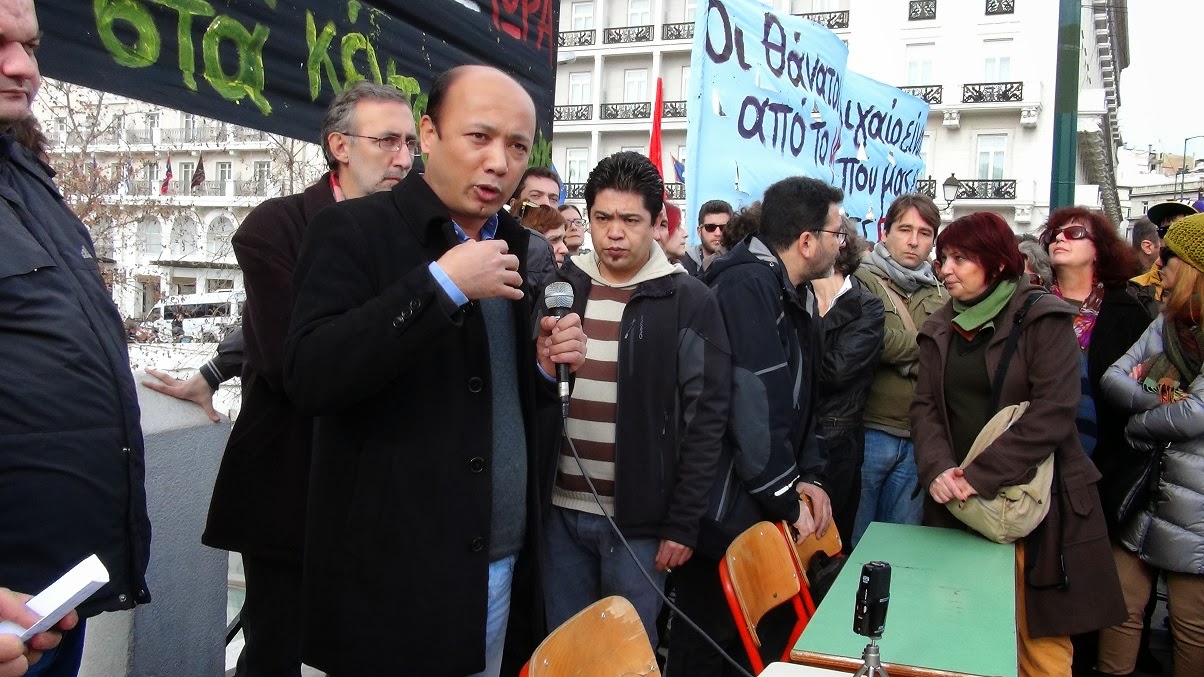 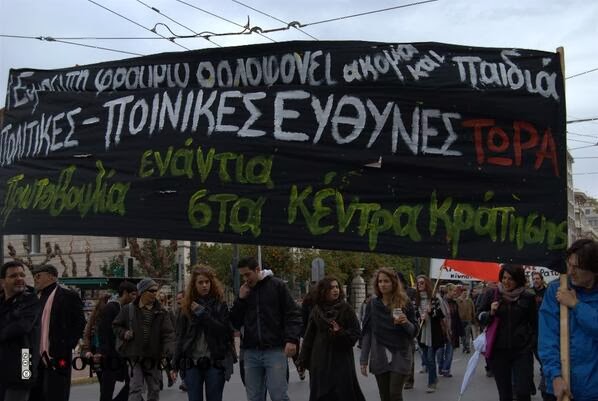 Refugees and Asylum Seekers, a documentary by ECRE and Greek Forum of Refugees